Oralite’s V92 tape is a thin, flexible and bright reflective film. We carry white, red, orange, school bus yellow, blue and green.  V92 tape reflects light using man made prisms which is why this class of tape is called prismatic reflective tape.  It is comparable to a type 4 or 5 film.  This material is very popular for fire truck and emergency vehicle applications.  One unique feature of the Reflexite films is that they are made in a single layer and do not delaminate like other reflective tapes.  Even after multiple impacts, the Reflexite film will still reflect whereas others come apart.  Reflexite films also have an incredibly strong adhesive. 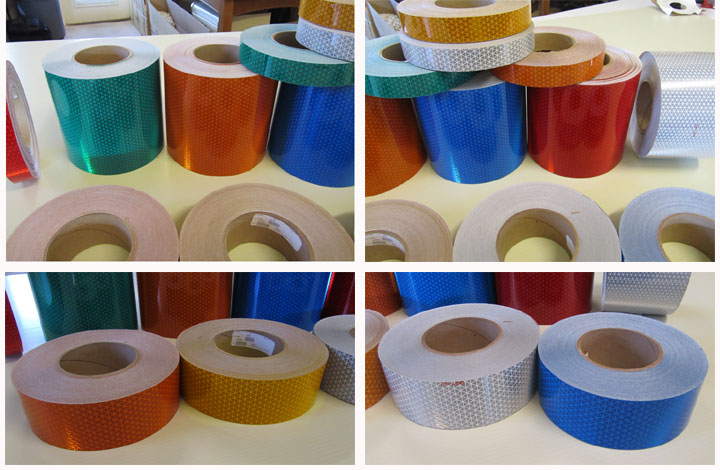 Since the tape is thin it is able to wrap around a tighter radius like a PVC pipe.  For example, many people wrap it around PVC pipes and use them as snow poles.  The image below shows the tape in regular daylight and reflecting at night.  The tapes reflect at the following intensities. 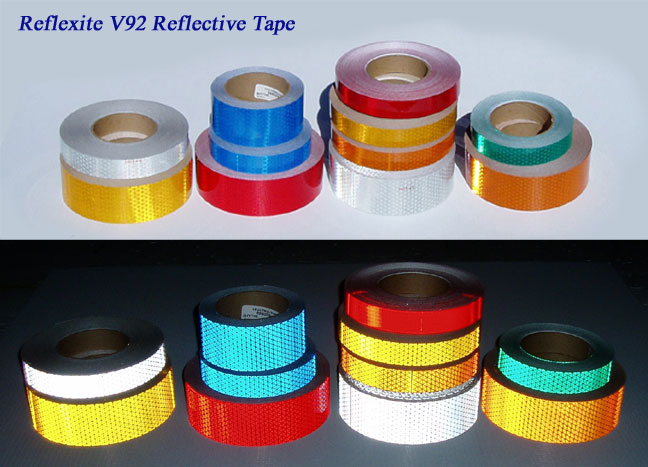 Reflexite V92 Prismatic Tapes can be purchased at the following online stores.